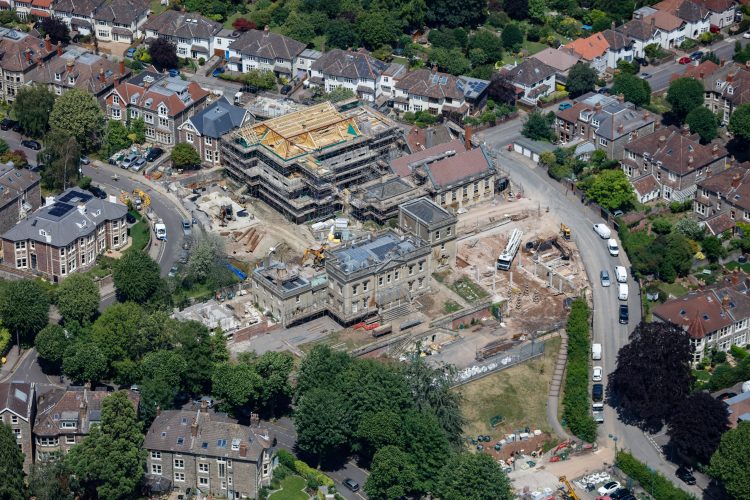 The Redland School site comprises of seven buildings which are being into from school to residential housing.

Townhouses: A row of 3 new townhouses constructed in traditional masonry construction, precast concrete slabs and retaining walls at the rear to deal with the varying levels at the back of the site.

East Range: A new three storey building with a car park below. The car park is constructed in contig piles restrained by the ground floor supporting the road and the main house’s foundations. Particular care had to be carried out to avoid undue vibration during the piling to the main house

Science Building: This existing three storey building has had the roof removed and two new floors added. To avoid strengthening to the existing foundations, we provided extra columns with localized pad foundations to the beams most loaded.

The Old School: Built in 1906 and with many Grade 2 listed features, the Old School Assembly Hall was central to the school. It is now being converted into flats by adding an extra floor internally separate from the existing envelope of the building so to keep all its original features.

West Villa: This is a new two storey detached house, traditional build with a full terrace at the roof level.

Main House: While providing strengthening up works for the conversion into flats, we also re-built the cupola on the west wing as per the east wing bringing back the building to its former glory.