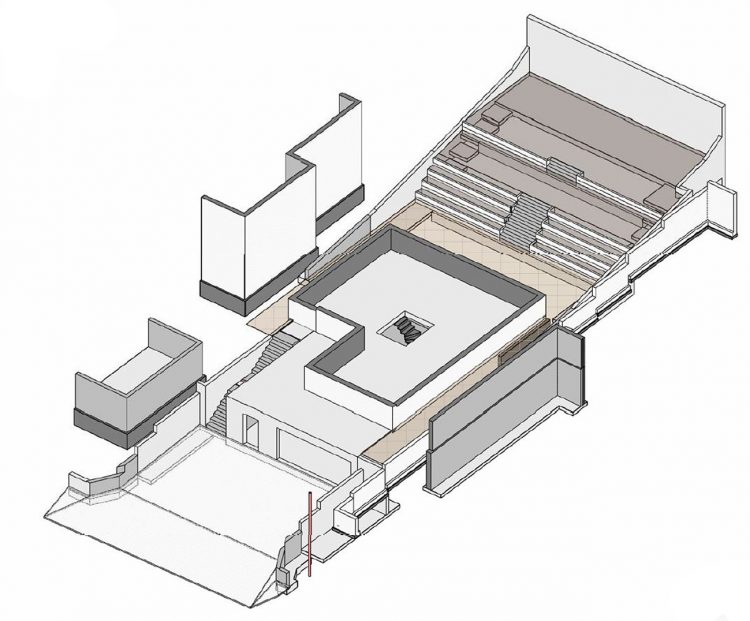 RISE were appointed to design the basement supporting a prefabricated two storeys building above, on a steep site with a 9m change in level along it’s length. The double width garage will have a full opening at the front and a gym buried at the back.

Instead of providing down-stand beams which would have affected the height of the basement, RISE designed a flat slab, considering it restrained by the retaining wall, allowing us to simplify the construction of the formwork.

While no formal site investigations were carried out, RISE had inspected trial pits showing stone formation across the site reducing the loads applied on the retaining walls.

RISE worked closely with the client to carefully design the boundary and rear walls. With a mixture of masonry, reinforced concrete and cavity filled retaining walls, dependant on the heights to be retained, a cost effective solution was provided.

By creating a full Revit model, the volume of concrete, reinforcement tonnage and excavations were accurate enough for the client to be able to negotiate competitive tenders from suppliers.